Gena Bunn, a native of East Texas, has more than twenty years’ experience in criminal practice, with a focus on appeals and other postconviction remedies.  She has argued criminal cases in the United States Supreme Court, the Fifth and Eighth Circuit Courts of Appeals, the Texas Court of Criminal Appeals, and numerous Texas intermediate appeals courts.  She is certified by the Texas Board of Legal Specialization in the area of criminal appeals.

She began her legal career at the Office of the Texas Attorney General in Austin, where she represented the State of Texas in federal court appeals of Texas death penalty cases.  Then in 2008, she moved to Longview to join the criminal defense firm Holmes & Moore, where she represented criminal defendants in trials, direct appeals, habeas corpus appeals, and other postconviction remedies. 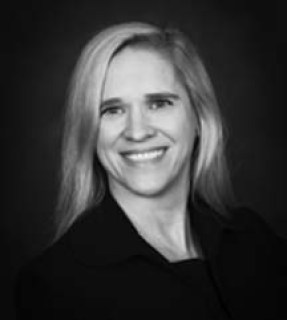 Represented criminal defendants at trial and on direct appeal and other postconviction remedies.  Argued cases in the United States Courts of Appeals for the Fifth and Eighth Circuits, the Texas Court of Criminal Appeals, and several intermediate appellate courts in Texas.

Managed a division of more than 60 lawyers and staff tasked with representing the State of Texas in federal court review of state court convictions.

Managed a division of 15 lawyers and staff tasked with representing the State of Texas in federal court review of Texas death penalty cases.

Admitted to practice in all Texas state courts;

Federal Writs: What to Know and How Not to be Surprised, TCDLA Writs Seminar, Austin, Texas – January 2015

Participated on a Panel of Prosecutors from Across the Country, Annual Conference of the Association of Government Attorneys in Capital Litigation, Lake Buena Vista, Florida – 2007

Presided over four-day conference as Association’s President, Annual Conference of the Association of Government Attorneys in Capital Litigation, Portland, Oregon – 2004

Participated on a panel representing the Fifth Circuit, along with Fifth Circuit Court of Appeals Judge Edith Jones and then Presiding Judge of the Texas Court of Criminal Appeals Michael McCormick, Eleventh Circuit Judicial Conference on the Death Penalty, Braselton, Georgia – 1999

Bachelor of Journalism, With Honors, the University of Texas at Austin, 1991

Gena Bunn offers legal assistance with a high degree of specialized knowledge. Years of experience and her in-depth knowledge guarantee tailor-made, targeted solutions. Browse through our website to learn more about Gena Bunn's legal practice and the practice areas of law in which she specializes﻿.